As the race for the presidency gathers steam in the country, reactions have begun trailing the latest social media post of Peoples Democratic Party (PDP) campaign spokesman, Senator Dino Melaye.Anyone familiar with Senator Melaye knows that the former Lawmaker who represented Kogi West Senatorial Constituency in the 8th National Assembly loves to show off his affluent lifestyle on social media. Not only does he love to post pictures of his expensive automobiles, clothes, and wristwatches but he also loves to share pictures of his travels to exotic destinations abroad.

It was, therefore not surprising when Senator Melaye took to his verified Facebook account several hours ago to share pictures of himself in a personal office space which he claimed to be located in Dubai.

See screenshots of his posts below: 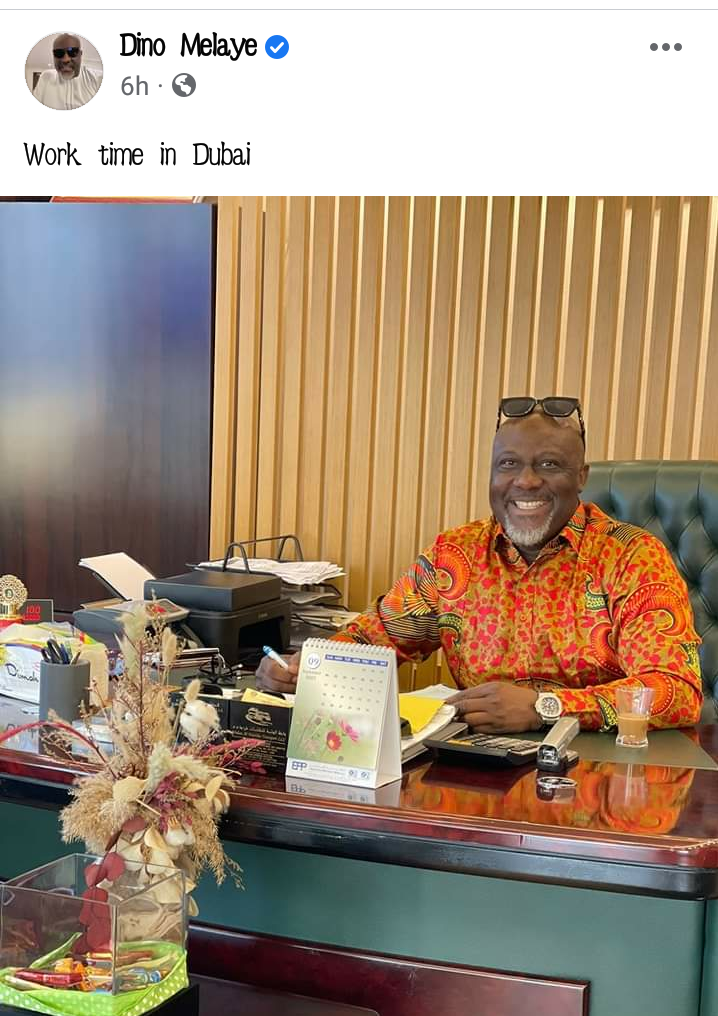 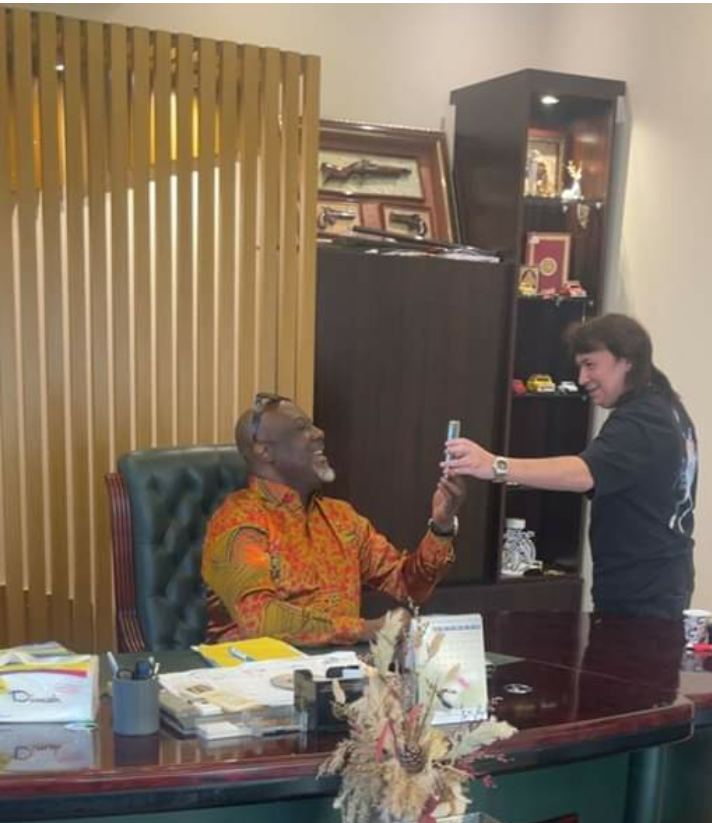 As expected, the Senator Melaye’s post has led to mixed reactions among his followers on social media. While some persons complimented his pictures, others, however, wondered what he was doing abroad at a time when he was expected to be performing his role as PDP Presidential Campaign Spokesman back in Nigeria.

See screenshots of some of the reactions below: