Opinion: Governor Nyesom Wike Absence In PDP National Campaigns Will Be Greatly Felt By The Party

Governor Nyesom Wike and some other major stakeholders of the PDP has declared that they would not be part of the campaign of the Party at the national level, since the current PDP national chairman would not resign as chairman of the party. 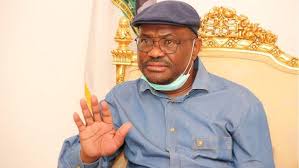 Recall that Nyesom Wike and his allies recently decided that the position of the national chairman of the PDP should come to the South else they would not support the party’s campaign at the national level.

The governor who is known for his outspokenness would be greatly missed by the party if he refuses to be part of the campaign team at the national level. This is because of his huge influence and large followers he has both within and outside the PDP especially in the Southern region of Nigeria.

Some other major stakeholders of the party who have supported the governor’s decision so far includes: Donald Duke, chief Bode George, prof.Jerry Gana and Governor Seyi Makinde among others.

What are your opinions? Let’s hear from you in the comment section.

Related Topics:Nyesom Wike
Up Next